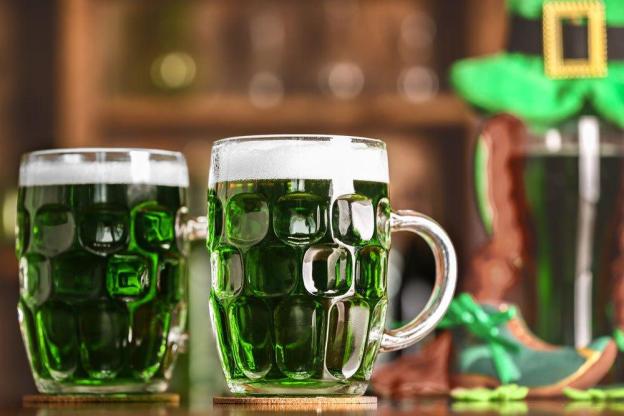 This article originally appeared on ThirstyMag on March 16, 2017.

This St. Patrick’s Day, there are many alternatives to downing green-dyed lager and the classic Guinness car bomb. On the Upper East Side, Treadwell Park is a beer hall with an “undying passion for outstanding beer,” where you can explore those options. The beer list is extensive, with 20 draft taps, 1 cask ale, bottled beers from around the world, as well as a Reserve list of rare, aged and unique bottled brews for any beer connoisseur to slobber over.

Certified Cicerone Anne Becerra has carefully curated these menus to complement the vivacious environment. Cicerone, for those not in the know, is an industry certification for beer service and knowledge, which includes technical maintenance, serving temperatures for each beer style, as well as flavor profile pairings with food.

Straight from Dublin on the Emerald Isle, you can try the Porterhouse Brewery Oyster Stout. That’s right–oysters are the proof that craft brewers will experiment with just about any ingredient to find the next dimension of flavor in beer. “It’s made with real, fresh oysters added into the conditioning tank. It’s silky, chocolatey, and toasty, plus it’s only 4.6% ABV, making it ideal for a daylong celebration.” (If you’re hanging out in the Financial District, you can find brews from Porterhouse at the historically decorated Fraunces Tavern on Pearl Street. 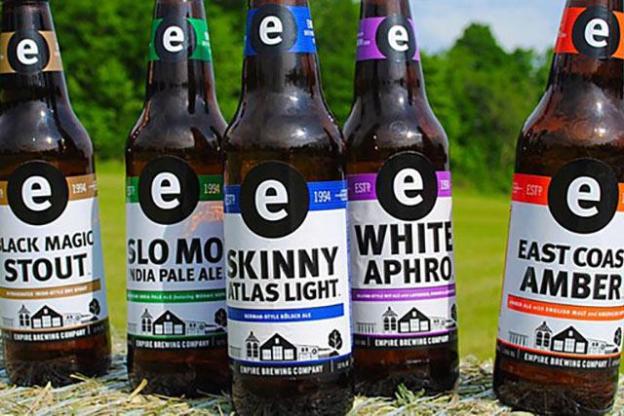 Second on Anne’s list is from Cazenovia, NY. Empire Brewing Company’s Black Magic Stout is a traditional dry Irish Stout carbonated with nitrogen, so it pours like a Guinness, and clocks in at 4.8% ABV. “It’s full flavored but still relatively light bodied, with notes of roasted coffee and chocolate.”

For those not a fan of dark brews, Anne suggests Conway’s Irish Ale from Great Lakes Brewing Co. “It has delicate flavors of toffee and toast with a bright, refreshing finish,” she expains. It’s named after the co-owner’s policeman grandfather, and the label artwork features clips from Pa Conway’s actually 1903 immigration papers.

For St. Patrick’s Day, Treadwell will be serving more specialty Irish brews from Porterhouse Brewery, as well as a corned beef sandwich special, in addition to their regular beer-friendly menu, including Beer Floats, BBQ Ribs, or a Giant Warm Chocolate Cookie in a Skillet, a la mode, with dried apricots & pecans in rum.